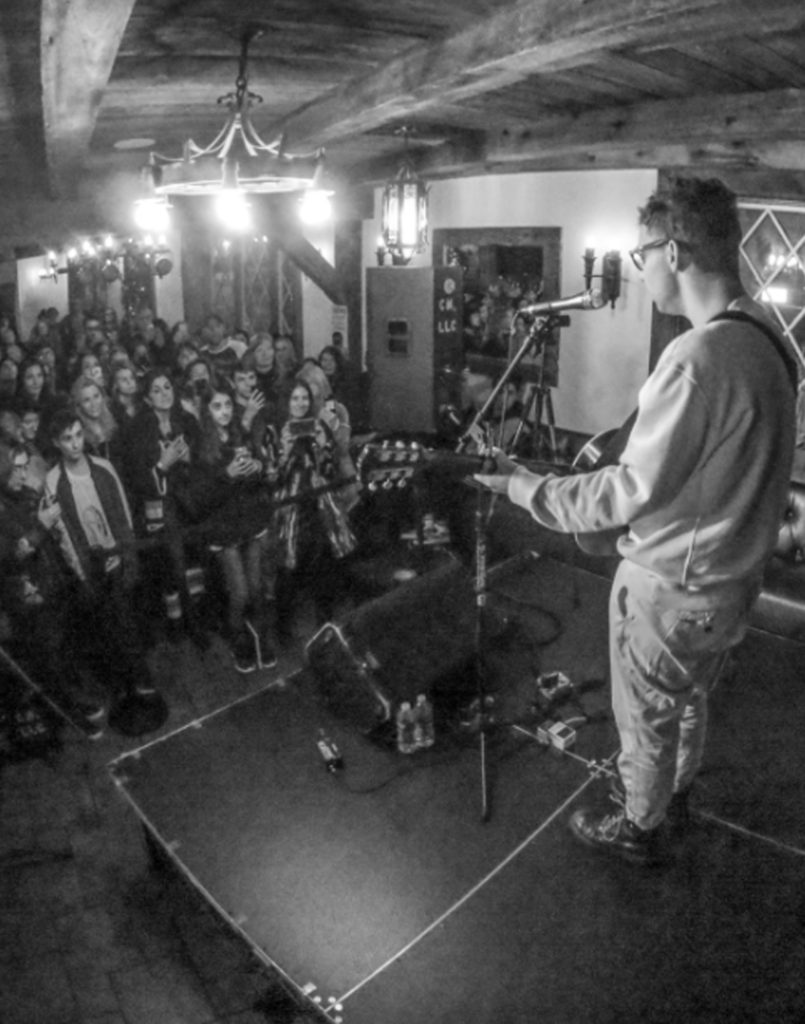 Bleachers is an American indie pop act based in New York City. It is the official stage name of songwriter and record producer Jack Antonoff, who is also part of the bands Steel Train and Fun. Bleachers’ pop music was heavily influenced by the late ’80s, early ’90s and the high school-based films of John Hughes while still using modern production techniques. Their first single, “I Wanna Get Better“, was released February 18, 2014.

Did you miss Bleachers at Little Pub? Relive all the fun at the link